Column By: ROBERT SYMONDS / RPW – BARBERSVILLE, FL – After 2 weeks of consecutive racing at the fastest dirt half mile in Florida, the Volusia Speedway Park will see the end of the 2019 DirtCar Nationals tonight with the Morton Buildings World of Outlaw Late Model Series and the Super DirtCar Series Big Block Modifieds.

This morning the DirtCar Nationals point totals for both touring series have been released from this weeks string of finishes. It is no surprise that Brandon Sheppard is leading the World of Outlaws Late Model points over competitor Don O’Neal by 42 points. For O’Neal to gain the advantage, Sheppard would have to have something drastic happen which is unlikely seeing that BShepp has won the last 3 World of Outlaw shows at the DirtCar Nationals.

For the Super DirtCar Series, the points are a little more different. Matt Sheppard and Larry Wight fill the first two positions with Sheppard ahead by only a mere 7 points. Anthony Perrego is in the 3rd spot back 17 points from Sheppard followed by Billy Pauch and Peter Britten back 25 and 26 points respectively to round out the top 5.

Scenario time: If Larry Wight wins tonight race and Sheppard finishes second, nothing changes. The difference maker would be that Lightning has to finish 2 positions ahead of Super Matt to win the Big Gator. On the other hand, if these two drivers don’t finish well, it is the difference of 5 to 6 positions where Perrego could end up stealing the whole.

So who do you have winning tonight and capturing the Big Gator for the DirtCar Nationals Finale? Tweet us @RaceProWeekly or @RPWUpdate. Don’t use twitter? Keep watch here on RaceProWeekly.com for the latest. Below are the point tallies heading into the final night of competition. 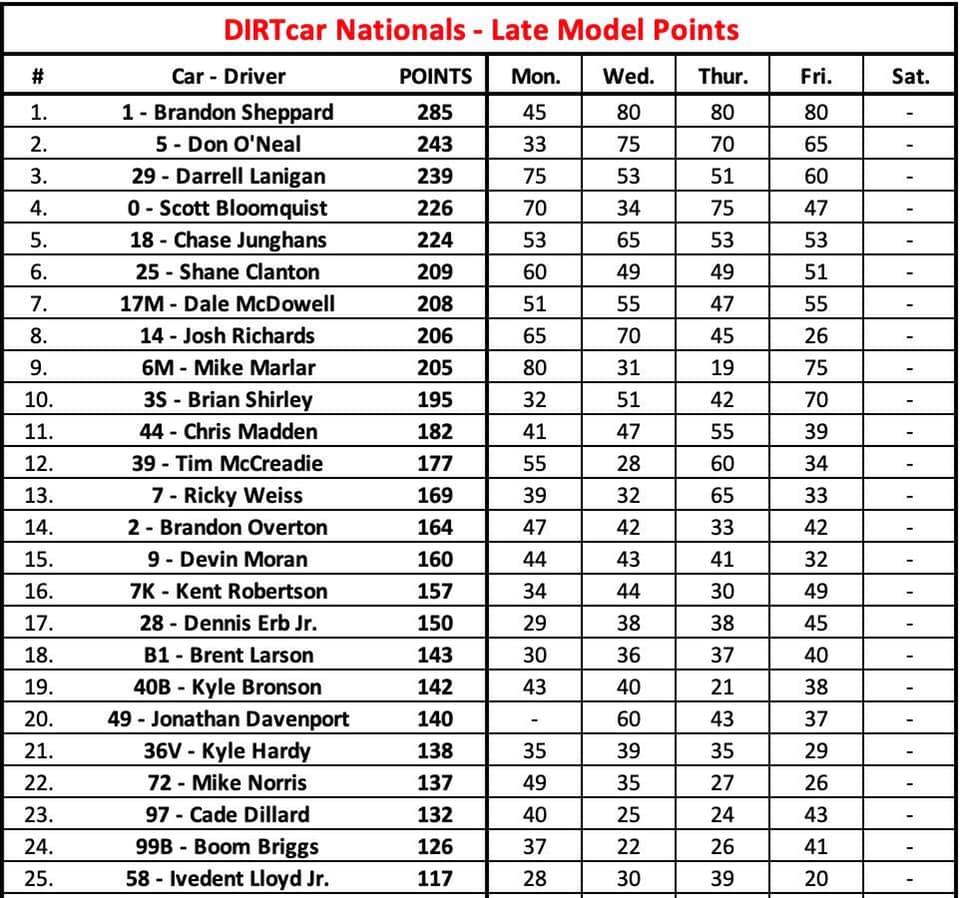 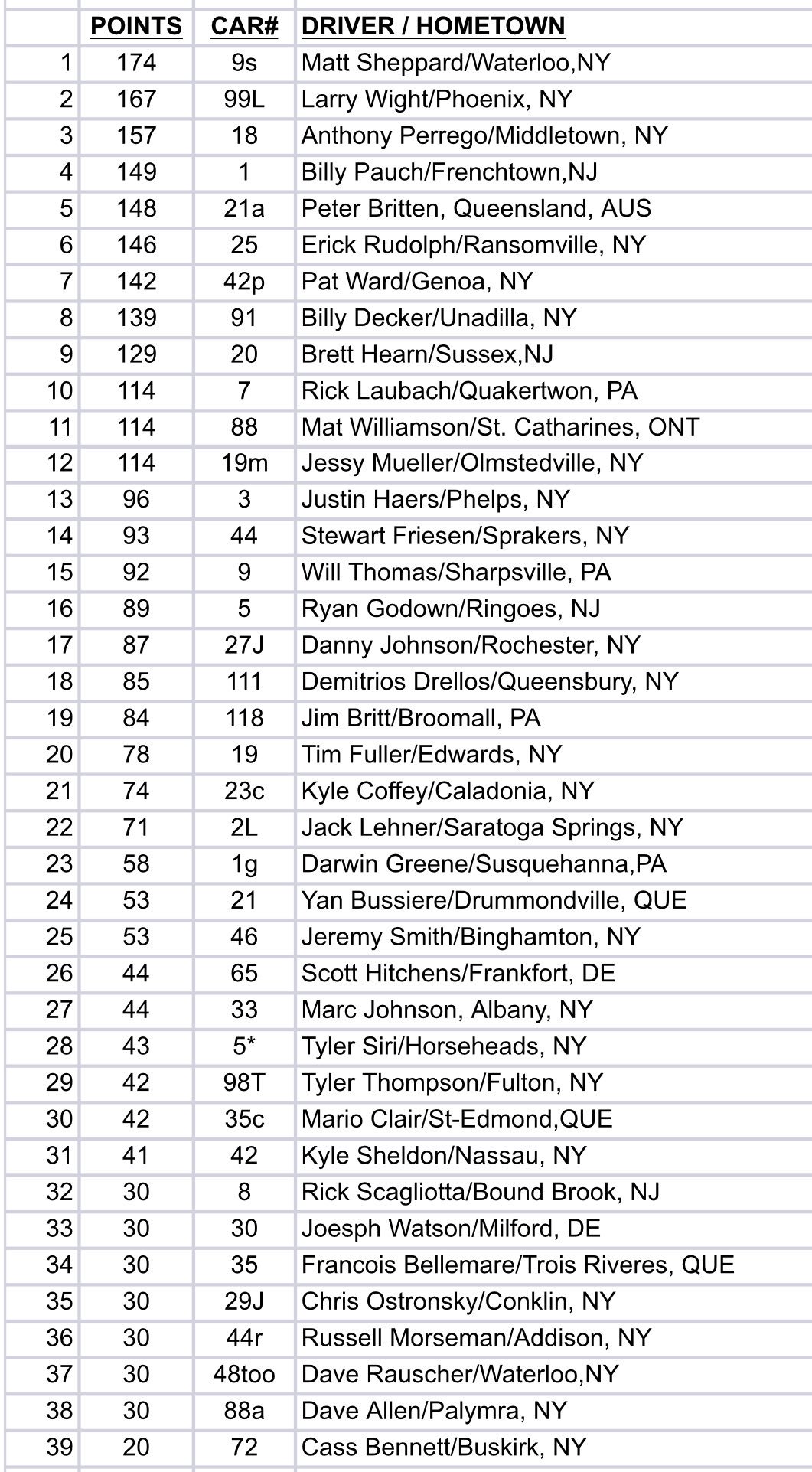