With a total of 63 Modifieds in the pit area, five Dirt Track Digest 20-lap qualifying races were contested, with the top-five in each advancing to the ‘Speed Showcase 200.’

With the wins, all five drivers, and the runner-ups in each qualifying race, are in the redraw for the $53,000 to win feature event Saturday evening.

he Speed Showcase weekend concludes tonight with the gates set to open at 2 p.m., with hot laps at 5 p.m. and racing beginning at 6 p.m.

In person attendance is permitted and the event will be streamed live on Dirt Track Digest TV.

Grandstand admission is $40 for reserved seating and $35 for general admission. Students ages (13-18) are $20 with kids $12 and under getting in free. Pit admission is $45 (no license required). 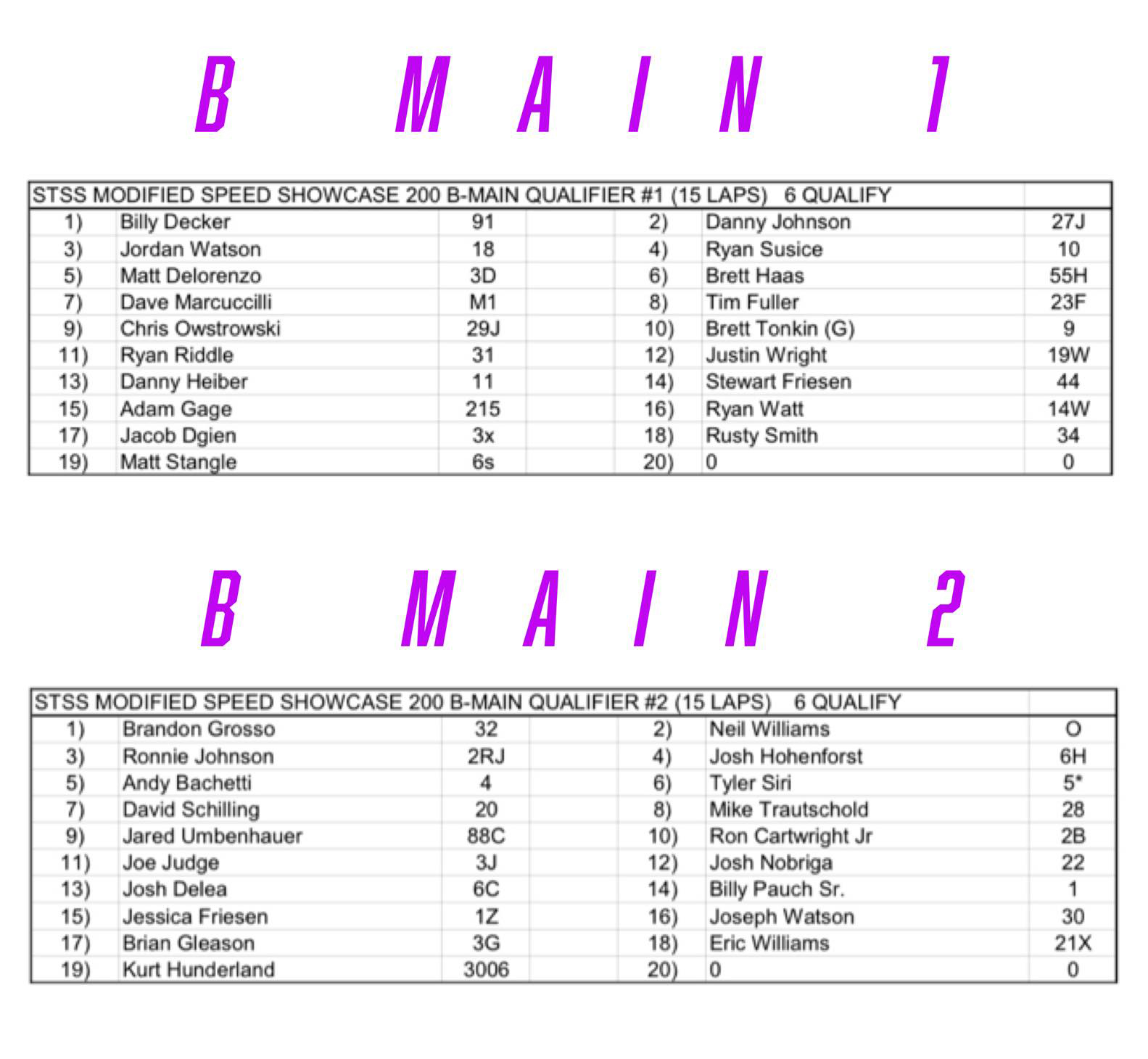