Story By: JORDAN SHEEHAN / RICHARD SMITH RACING – ACCORD, NY – In 2019, Richard Smith called Orange County Fair Speedway home. The stout driver from Ulster County, New York ventured in on Saturday nights where he found himself competing against against some of the best in the dirt racing community.

This was his first full season at OCFS and not knowing what to expect, Smith was able to get things rolling after the first race of the season. When his first season ended, Richard finished in the top 15 in the 358 Small Block Modified points at 12th.

“I loved racing at Orange County,’ Smith said. “The newly surfaced track is the best I’ve ever been on. Makes for multiple grooves and suits different driving styles. The place is awesome.”

Not only did Richard compete at OCFS in 2019, with the limited schedule for the 358 Small Block Modifieds, it allowed him to race elsewhere. Like many other drivers, Richard took full advantage of the limited schedule and competed locally at Accord Speedway and other tracks like Albany Saratoga and Penn Can.

“I wish I could race OCFS weekly because I love it so much,” Richard said. “Traveling was good. Albany is always exciting because it’s somewhere I don’t get to race much. At Penn Can, I started outside the top 10 and was able to race my way up to 5th, which was awesome because I don’t have much experience there. With Accord, I have a love/hate relationship. I love to race there, but luck isn’t always on my side. Finished off there last year with The Gobbler. I started 20th and dodged a huge wreck which gained me ten spots. I was able to capitalize and finish 6th. My Teo Pro Car was awesome for that race. hopefully, I can carry some of that momentum into this season.”

With everything coming forward, Smith will have a tentative schedule that will be loaded with racing this season. Smith and his team will be planning to travel all over the Northeast, looking to garner more experience. Currently, the team has purchased a new car, which was the 2018 Teo Pro Car formally piloted by OCFS Big Block Modified regular Josh Delea. The car has since been sent off and lettered by Eric Jennings of Scotty’s Signs. The car will see action at OCFS in 2020 with the 358 Small Block Modifieds.

“I was contemplating just a new frame and body to replace my old car or to simply have two race cars,” Smith said. “When Josh said he would sell his, I knew right then that I’d have two cars. His was built brand new last year, so there was no doubt on how good or fresh the equipment was. He gave me an offer that I couldn’t refuse. I’ve had another motor sitting around, so I knew that I could have two complete cars.”

Last season’s car will be put together and is set to compete weekly with the Modified division at Accord. On top of competing at two tracks fully this season, the team has been mapping out some special appearances. The decisions as everything else is subject to change, but the decisions will be based on a number of things. One being the allowance of children in the pits. Smith is a young father and wants his boys (Richard 3 and Michael 1) to be a part of the pit side action with his wife Taylor and the rest of the crew. Right now, nothing final has been set for traveling due to weekly racing commitments. But when something is decided, it will be announced on his fan page on Facebook.

“I really wanted to keep my Friday nights open and bounce around to different tracks,” Smith said. “But with limited shop help, Accord on Fridays would be the easiest and accommodating. Family and friends can come and my new sponsors will enjoy coming to watch their car. I know I can contend for a championship if I do right.”

The first scheduled racing action for Richard and company will be in April, starting off with Orange County’s 358 Small Block Opener on April 11th. After a great first season, it was solidified that Smith would return back to The Legendary House Of Power.

“I really enjoy racing at OCFS. I wish I had a big block or even could work out a deal for a big block ride because of how much I enjoy racing there,” Smith said. “The new surface is multi groove racing, super slick and technical. I was able to score a 3rd place finish last year, but I’m really looking for a win. I’d like to finish in the top 10 in points this year, and if I can, crack the top 5.”

In 2020, the year of vision, Smith could not see any clearer than what he has. He’s been very optimistic about this season and is ready to cash in on every and any opportunity he can. Richard has a strong backing of sponsors for 2020 and a full support system of family and friends to get him through the year.

“Richard Smith Logging & Landscaping and Tri State Hardwoods will be returning sponsors,’ Smith said. “Metal Roofing, A&D Plumbing & Heating and Country Lawnscapes are new and on board for 2020. A special thanks to Jimmy Ceccoli. This is the most support I’ve ever had in my racing career, so I’m going to do whatever I can to keep them happy. This extra support is exactly why I’ll be able to compete this season with a car specifically for Orange County and one for travel. As I’ve said before, I’m looking to travel as much as possible. The professional drivers are doing 80 races a season and it’s no wonder that they win so frequently and are so tough to beat. I’ll be doing 30 or so races and hopefully, I can gain as much experience as possible and it’ll make me a better driver.”

Richard will have all new apparel set to go this season. Be sure to contact the team via Facebook or at the speedway in which he races to get your hand on some new racing attire. 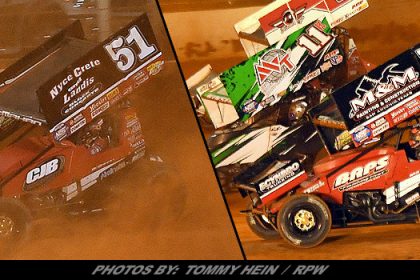