“This will be a tremendous addition to our schedule,” stated RUSH Director Vicki Emig. “The northern racers have been hoping for some additional events up that way and it’s been awhile since we’ve been to McKean or Bradford. To have two $1000 to-win races 15 miles apart on successive nights is awesome. McKean has already done some reconfiguration to their 1/3-mile track to make the racing better, while our past shows at Bradford on the 1/4-mile bullring were very exciting.”

Prior to the McKean-Bradford doubleheader, the week will start off early on Tuesday (June 15) at Sharon Speedway for a $600 to-win, $150 to-start race part of the All Star Circuit of Champions’ Ohio Sprint Speedweek that will be broadcast live on FloRacing.com. This will create three Equipment Rental Options Weekly Series specials in six days!

After a promising year one in 2018, rain wiped out 40% of the schedule in 2019, and the Series was hard hit by COVID-19 this past year, but still 27 different cars competed. However, all signs are pointing upward for 2021 as a bevy of new competitors will be making their debut, over 30 shows are expected with approximately 50% paying $600 or more to-win and several will be broadcast on FloRacing, DIRTVision and Lernerville TV. Drivers will be battling for the $20,000 Equipment Rental Options Weekly Series Championship with $5,000 going to the winner plus the “Futures Cup” Championship will return.

Chad Ruhlman won the only RUSH Sprint Car event ever run at McKean back in 2018, while Ruhlman also swept both events at Bradford in 2018. In 2019 at Bradford, Bradley Blackshear won his first career Sprint Car race. Ruhlman went on to win the championship both of those years, while Jeremy Weaver was the 2020 Equipment Rental Options Weekly Series champion for Hull Racing. Sixteen-year-old Nolan Groves was the “Futures Cup” Champion with a trio of podium finishes. 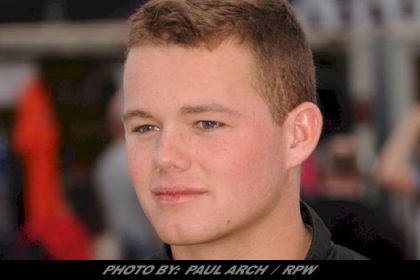